After almost five months of nothing, some progress has been made on the layout as I’ve finally got round to ordering enough plain track to lay the Consett Up and Down lines.

In the photos below, the track panels have been made up and are just loosely placed for effect, turnouts and crossings are still to be built.  The track is made up of Exactoscale Fast Track panels and bullhead rail from the Scalefour Society.

Next job is to build a raised trackbed as the lines that go under the bridge in the photos below are at three different levels with the lines on the left descending, lines in the centre level and the lines on the right ascending. 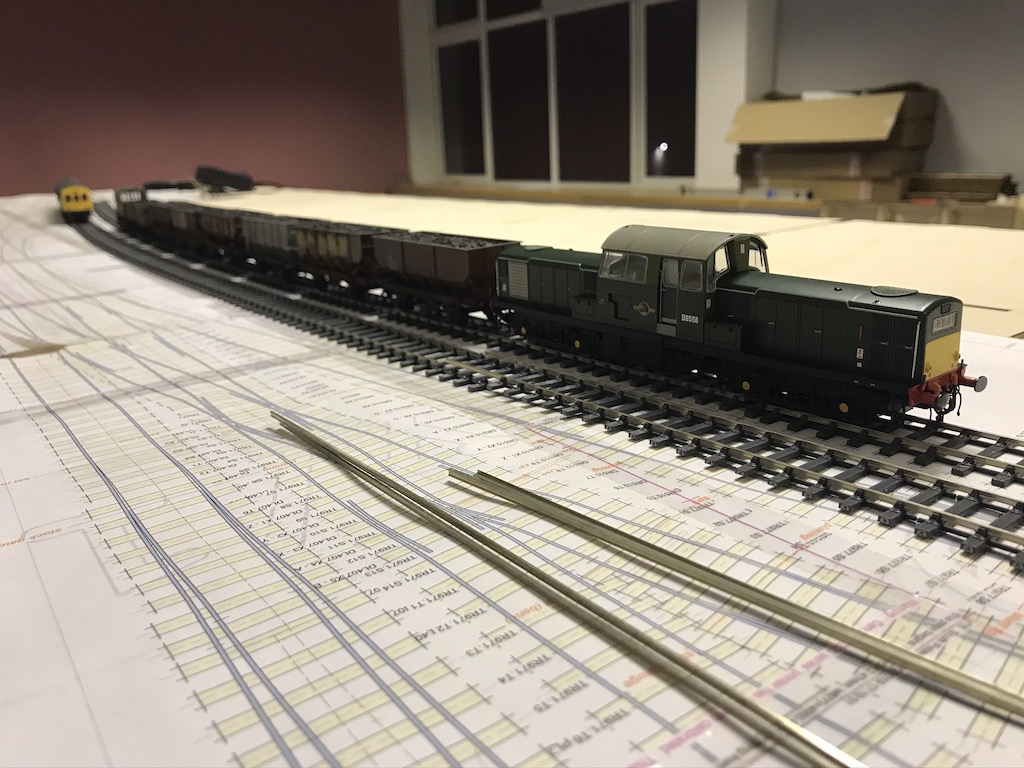 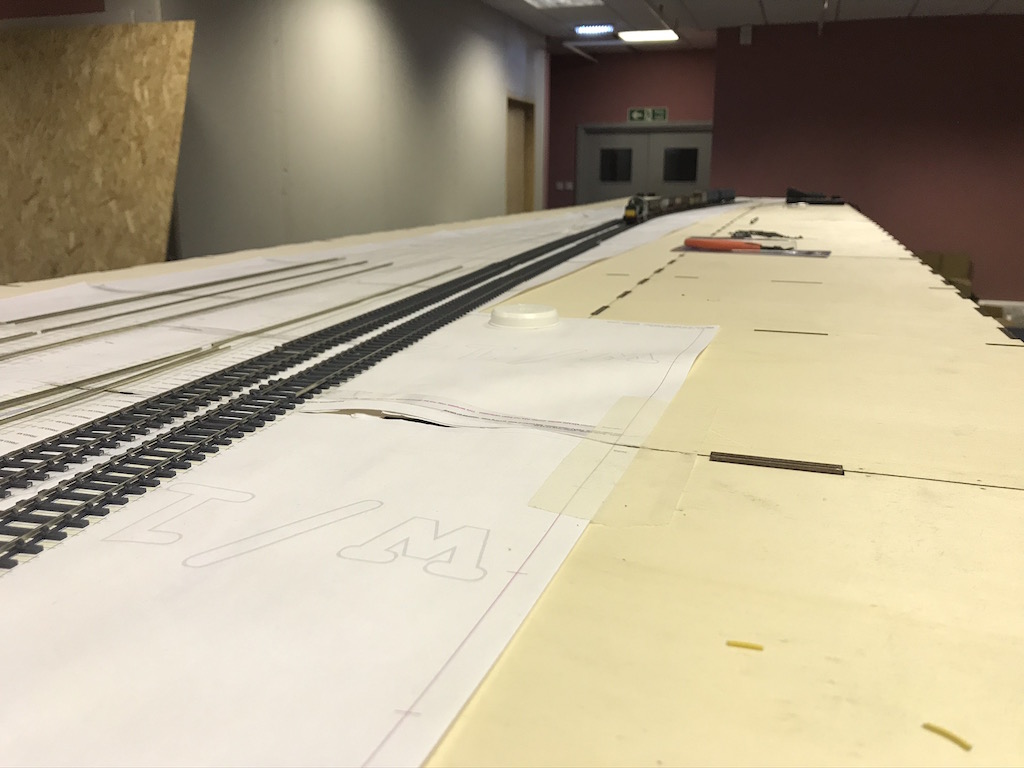 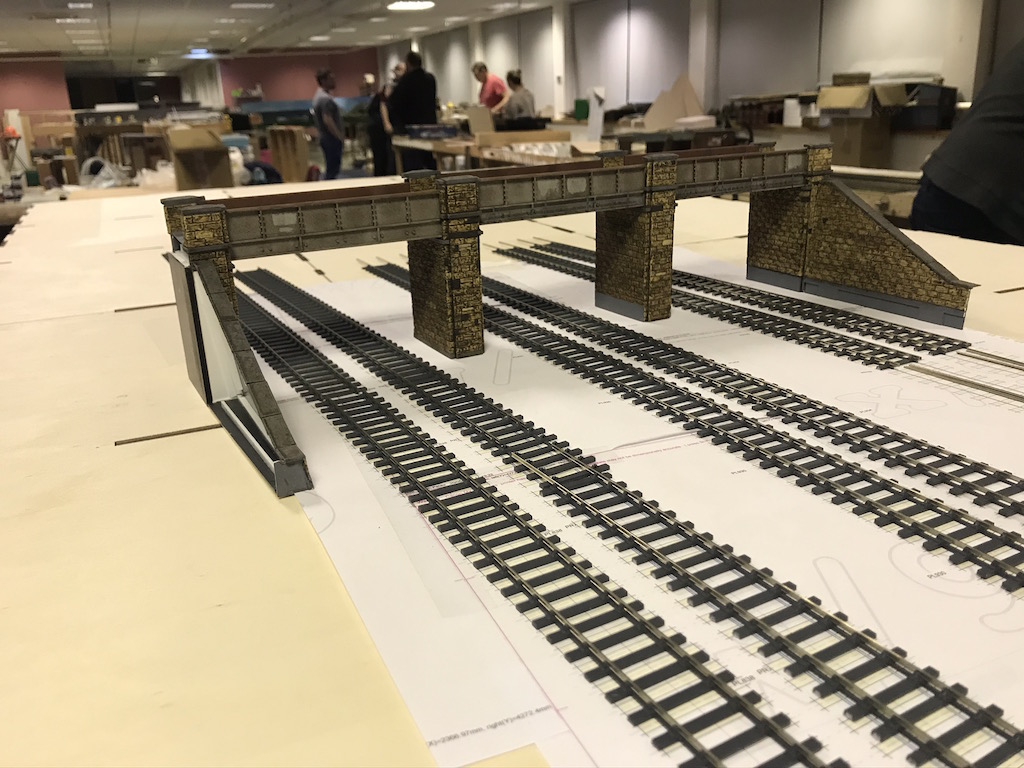 After a very long time in planning, there is actual progress on the layout itself.  Boards for the junction itself between the Washington end bridge and the bridge at Pelton Lane have been build and the track plan (drawn in Templot) has been added to check for alignment and positioning of board joins. 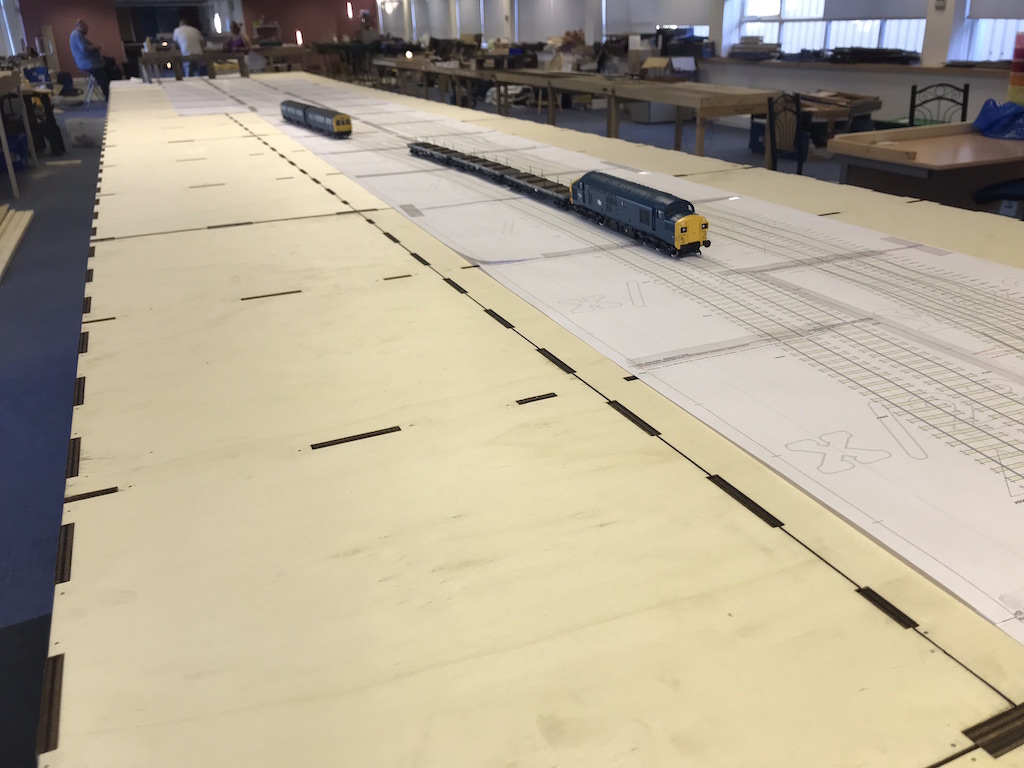 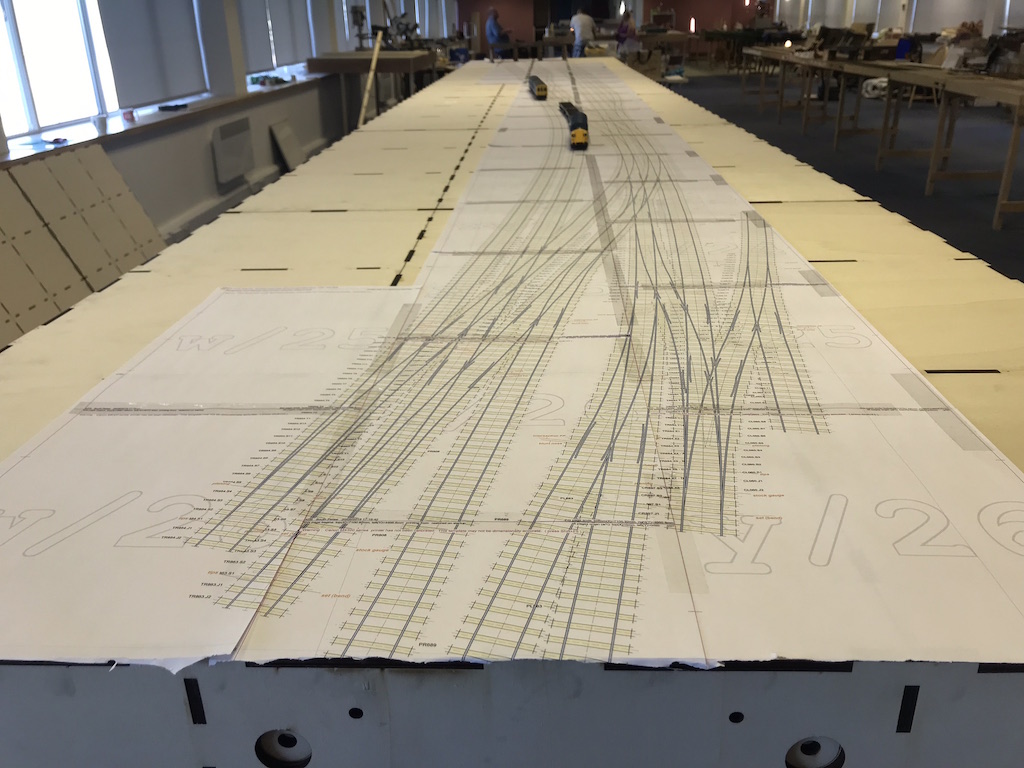 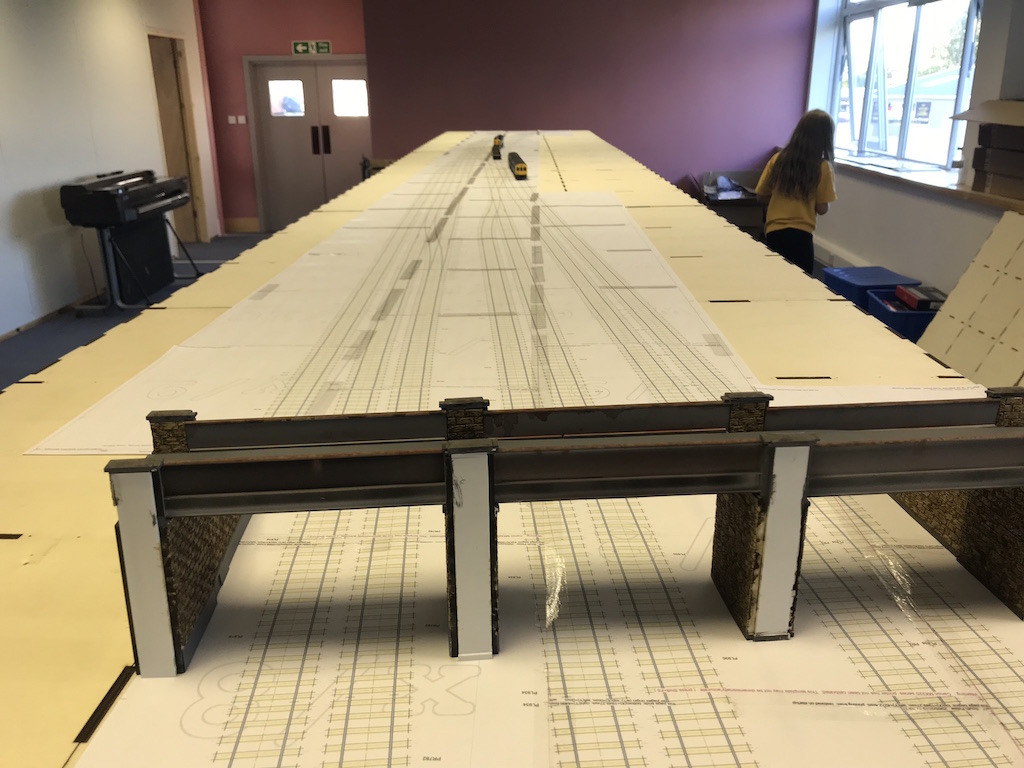 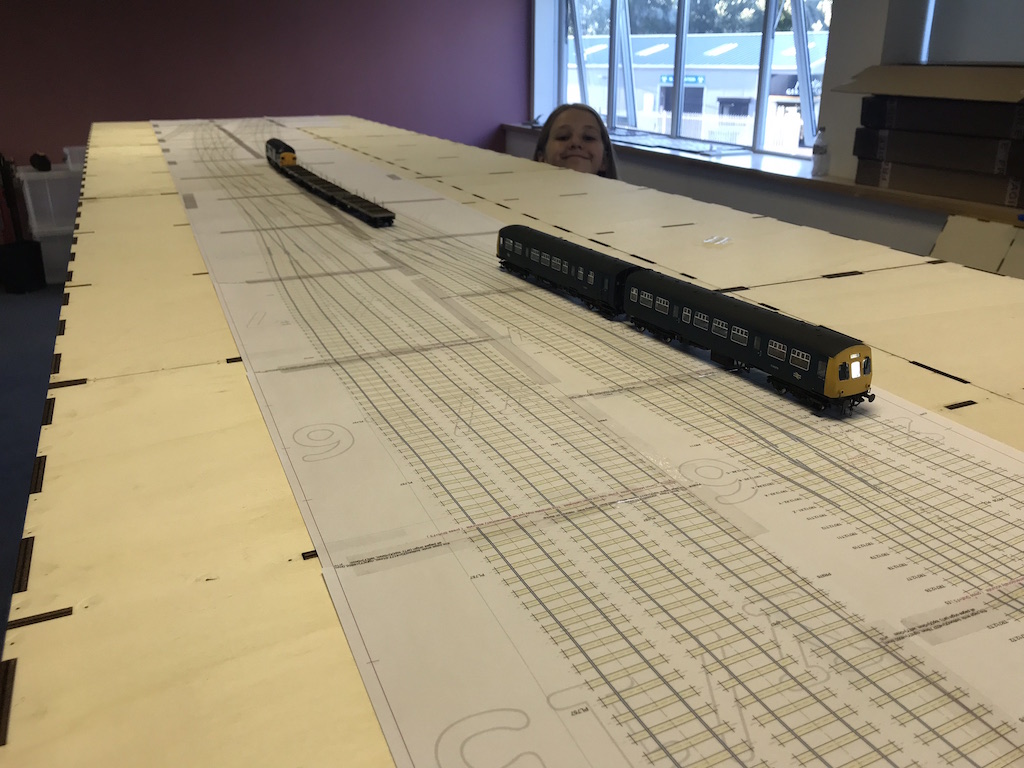